The History of Cannabis Laws in South Africa – A Reminder

There are 22 South African Government Departments affected by Cannabis legalisation. How many of our “leaders” know the history of The Last Apartheid Law?

We started dealing with this issue in our very first short movie, Dagga: The Truth, made in 2013. We fought for the relevance of our history expert in The Trial of the Plant and we still feel that the history of the persecution of South Africans because of Dagga remains largely unknown by those who are tasked with changing the law.

Here’s the first chapter of  Cannabis in South Africa – The People’s Plant – A Full Spectrum Manifesto for Policy Reform.  All references and footnotes are available in the final draft of this document on our website or as a hard copy from our shop. 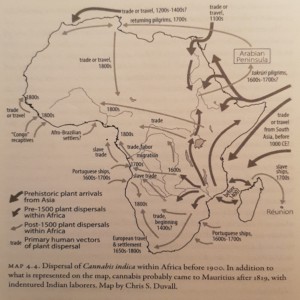 “History teaches us that men and nations behave wisely

once they have exhausted all other alternatives” 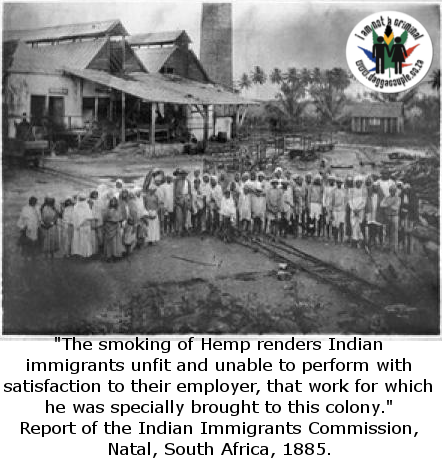 After hundreds of years of use on the mountains and in the valleys and settlements of Southern Africa, South Africa has the dubious reputation of being the first country where one population group imposed the prohibition of Cannabis on another population group. The British Army settlers of the late 19th century disliked their Hindu labourers using bhang as a sacrament in the sugar cane fields of their Natal Colony. Colonial observations concluded ‘it renders the Indian immigrant unfit and unable to perform, with satisfaction to the employer, that work for which he was specially brought to this colony’. 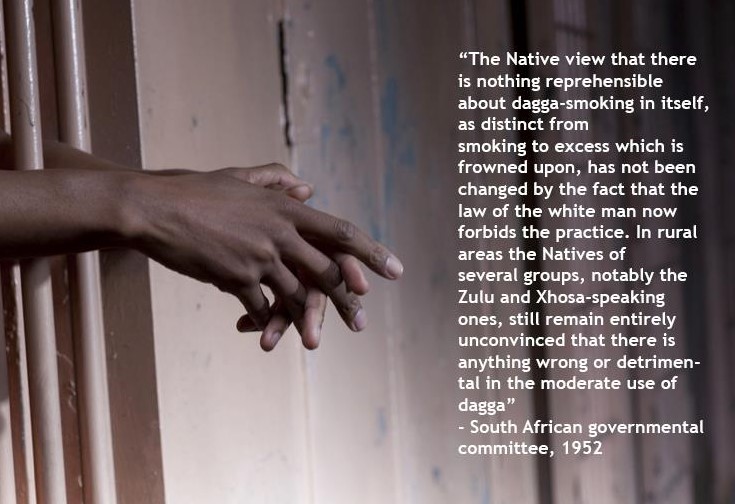 The year was 1870. By the time the Medical & Pharmacy Act had been passed in 1891, Cannabis Indica (Indian Hemp) had been classified as a poison, and when the Union Of South Africa was established in 1910, a ban on the sale and consumption of Indian Hemp (Dakka) for all population groups was promulgated nationally.

A decade later, at the same time South Africa was passing the Customs & Excise Duties Act, No.27 of 1924, ratifying the national ban on Dagga, in Vienna the League of Nations were constructing laws to ban the use and sale of opium.A timely letter from the South African government concerning ‘Indian Hemp’ and an impassioned plea by the King of Egypt concerning ‘hashish’,17 brought Cannabis sativa into the League’s spotlight
This intertwining of opium and hemp legislation and just how timely President Jan Smuts’ letter to the League of Nations was on behalf of the British, was no coincidence. Smuts’ message was a political tactic – a bargaining chip at the opium table for the British, and a pivotal point for international drug policy, South Africa and the Cannabis plant. 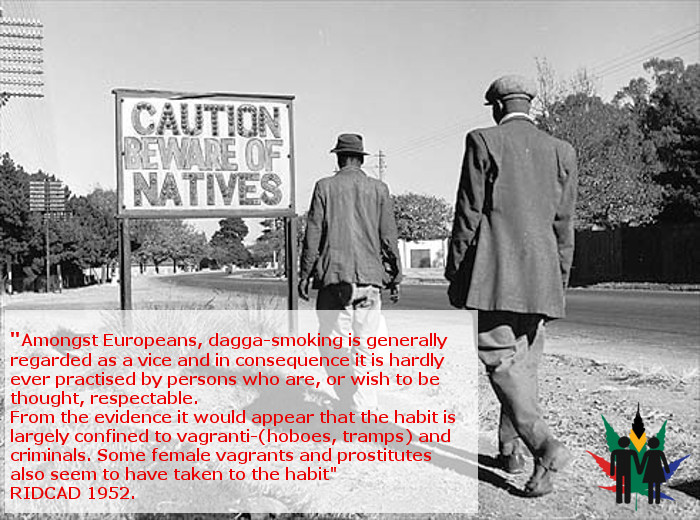 South Africa’s intervention on the international drug policy stage resulted in the global prohibition of Cannabis.
Successive South African governments in the 1940’s and 1950’s undertook an obsessive amount of research concerning Dagga. This culminated in the 1952 ‘Report of the Inter-Departmental Committee on the Abuse Of Dagga’ (RIDCAD), a ground-breaking publication in its day, but was starved of science (but recommended a more scientific approach), and had little or nothing good to say about Dagga or the population groups that used it.

It was obvious from the tone of RIDCAD that South Africa would become a signatory to the United Nations Single Convention on Drugs in 1961. This document is still the apex of world drug policy and has changed little in 50 years.
This is a favourite treaty for successive South African governments to hide behind using their obligation to international drug policy as an excuse, whenever reform at home has been called for. There is the potential for this to change very soon. We just need our government to pay attention.

When the United Nations ratified the 1971 Convention On Psychotropic Drugs (signed by South Africa), US President Richard Nixon was instigating his ‘all out war on drugs’. South Africa, as if on cue, passed the draconian ‘Abuse of Dependence Producing Substances and Rehabilitation Centres Act of 1971’. Over 77,000 citizens, the overwhelming majority being black males, were incarcerated in the first two years of the Act. This was the most punitive piece of Apartheid legislation to have been passed at the time, not only criminalising users, but also farmers and traders with minimum mandatory sentencing and the presumption of guilt before innocence.

In the mid 1980’s the UN passed more drug war resolutions, promulgating an even tougher stance with increased sentencing and incarceration measures. As a result, The Drugs & Drug Trafficking Act of 1992 came about as an amendment to the 1971 Act, and is the current law dealing with illicit drugs, including Dagga, in South Africa.
The same law that was found to be unconstitutional by the Constitutional Court in September 2018.

While we were preparing for The Trial of the Plant, which got underway in the Pretoria High Court in July 2017, there were a number of times we had to defend our wish to have a history expert testify in court. Knowing the history of the Cannabis plant in Africa and the history of the prohibition of the plant, both here and subsequently worldwide, we believe that this is an essential foundation for the way forward.
During our campaign we have often referred to the 1992 Drugs Act as the last apartheid law.
We see it is as a cut and paste progression, encompassing 150 years of laws and punishments with roots in colonial racism and moral judgement, not scientific evidence. We wish to remind the lawmakers of this.
We challenge the parliamentarians in charge of this process to accept our offer to start the proceedings with a presentation on the History of Cannabis in Africa. We suggest beginning with a look at the word ‘Dagga’ itself, how steeped in historical prejudices and politically loaded it has become. Dagga is the nation’s tokoloshe.
The word Dagga, an abhorrence to some, is still being brought up in regular emails to us by South Africans who really despise this five letter word. The word is thousands of years older than the prohibition of the plant and is a now- extinct Koie linguistic description of  intoxication – not Cannabis.

The repeal of this law, and the rewriting of the offending legislation will give the South African government an opportunity to apologise for continuing to enact an unjust and irrational colonial law on its citizens, since the fall of apartheid in 1994. Our government has perpetuated a colonial legacy with the arrest and detention of hundreds of thousands of citizens under their watch, some of whom remain behind bars to this day. Cannabis must no longer be a criminal offence.
The International Drug Treaties can no longer be used as an excuse for inaction. Countries such as Uruguay and Canada have fully legalised all uses of the plant, and over half of the USA’s States now have medical and/or adult use laws in place.

Did FDA Legalize CBD/THC While We Weren’t Looking?