The Germination of Namibian Legalisation

We’ve both have an affinity for, and fond memories of Namibia. Myrtle visited as a young girl accompanying her Methodist Minister father in the early 1970’s and Jules started his explorations of Namibian road trips in the mid 90’s. It is an insanely beautiful country, but at the same time, unforgiving. Long 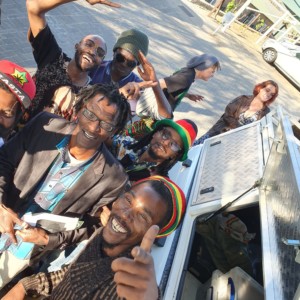 distances between the major towns and tourist attractions makes the country difficult to see in a short time. The huge swings in day and night temperatures are also demanding and after suffering a double back tyre blow outs on a gravel road one day, we’d say bring two spare rims with you. 400k’s of dirt behind you and 500 to go with two punctures can be character building stuff.
Flying Jo’burg to Windhoek, the capital of Namibia, is one of Southern Africa’s most expensive flights. We decided to save considerably by driving via the Botswana Trans Kalahari. Two eight hour drives from Jo’burg with an overnight stop quite close to the middle of nowhere. This gave us time to reorganise one of our numerous presentations to fit the next two events on the Dagga Couple calendar. We had already been on the front page of The Namibian, so we were expected.

We were potentially entering objectionable territory. Namibia is known for its conservatism and firm 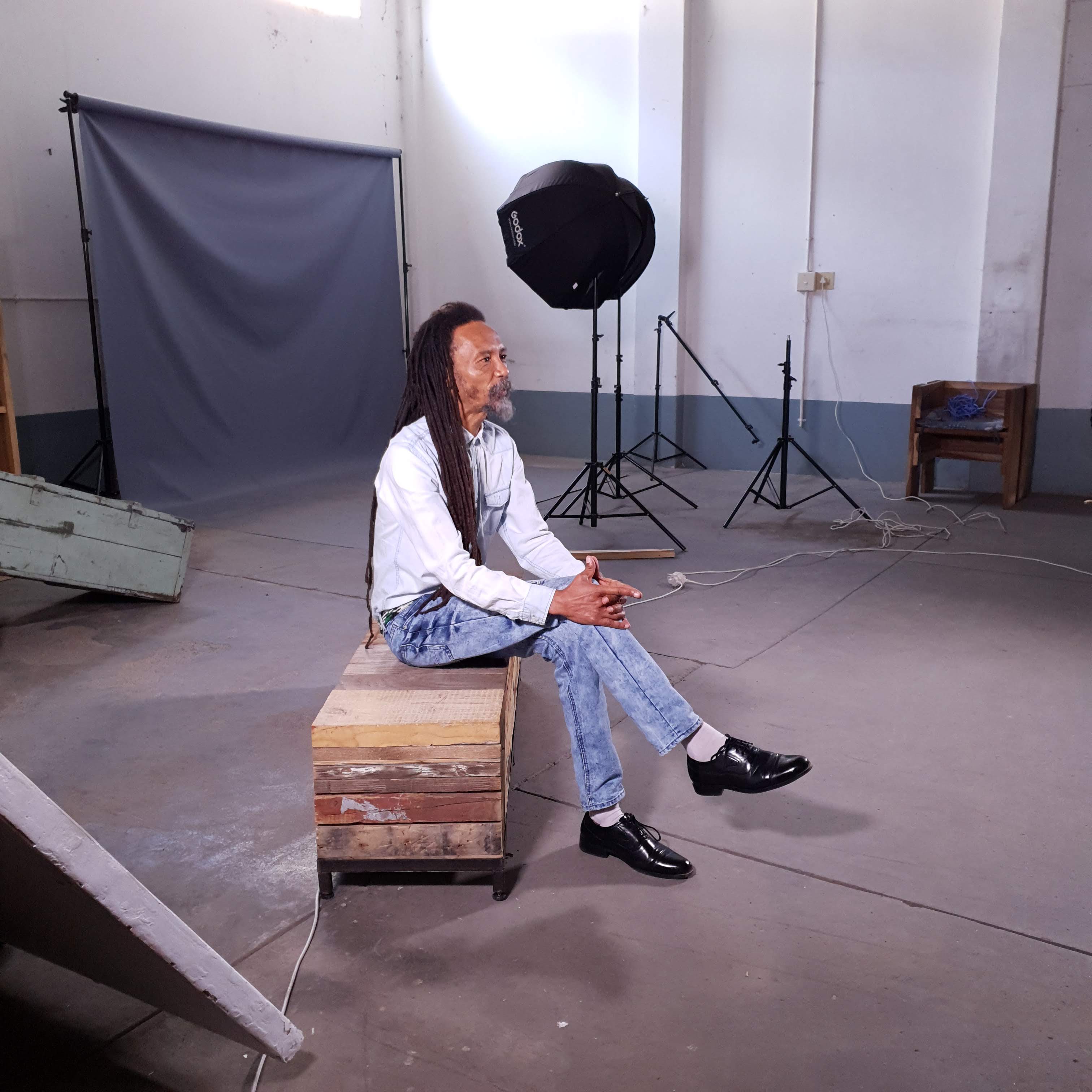 religious beliefs and we were attending two workshops back to back in the capital and the picturesque coastal town of Swakopmund. A network of activism is slowly taking shape in Namibia, spurred along in part by people sick of the treatment at the hands of the “Drug Squad” – the euphemism people use to describe the heavy handed, above the law thugs the ‘war on drugs’ has spawned globally.

There are plenty of cannabis users in Namibia and a good supply. The majority of all dagga comes either from Eswatini (Swaziland) via South Africa, or high grade from Cape Town and the South. This has been so for a couple of generations. There is little weed grown, maybe some pockets in the more fertile north. A huge amount of the country is just sand, and a seven year drought is really creating long term water issues inland and to the north where most of the people are. 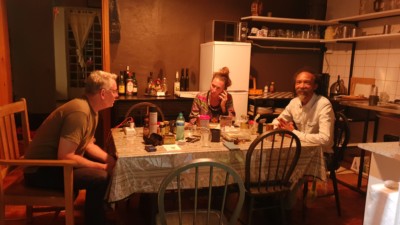 We really didn’t know what to expect or how many people would actually come to our presentations, such has been the suppression of the plant and the disproportionate punishments for being close to it. We shared the stage with Ras. Gareth Prince from the Western Cape. It turned out to be the first time the three of us had ever had time to sit and chat in all the years we’ve been on our parallel legalisation journeys. A bit of quality discussion time without hundreds of other people to distract us. Gareth captivated the full auditorium in Windhoek without any presentation aides whatsoever. He just talked and worked the room effortlessly. Local activist Angela Preuss had set up interviews with national radio and a local production company to start getting the message of cannabis legalisation out into the mainstream. It’s going to be a tough nut to crack, that’s for sure. We could tell by people’s body language most were still not fully out in the open about their cannabis use. Sheepish would be a good description for the majority.

We don’t blame them. Namibia, for all it’s geographical grandness only has a population of around 2.5 million. The small towns are really small and isolated. Everyone knows everyone’s business by default and having a relationship with the humble dagga plant is a risky business.

Apart from presentations and media, we also set up a meeting with a medical patient who is a prime candidate to take a case of arrest and detention without a warrant to the High Court. This man was being administered cannabis oil, grown and processed by his wife, for his motor neuron disease.
It was the only thing that worked.
After a visit by the goons and a few days in a cell, now there’s no medicine that works and the pharma scripts are expensive and ineffective. We gave the legal team our document resource and any other advice they needed to get the ball rolling – just like we did 8 years ago. And so the process starts.

Judging by this recent communique  from the Namibian Justice Ministry, it won’t be easy. Although it was penned only two months ago, it seems like it comes straight out of circa 1970.

The reefer madness is strong in this one, coupled with some religious ferver and a dose of moralising, legalisation could be in for the long haul in our neighbouring country. 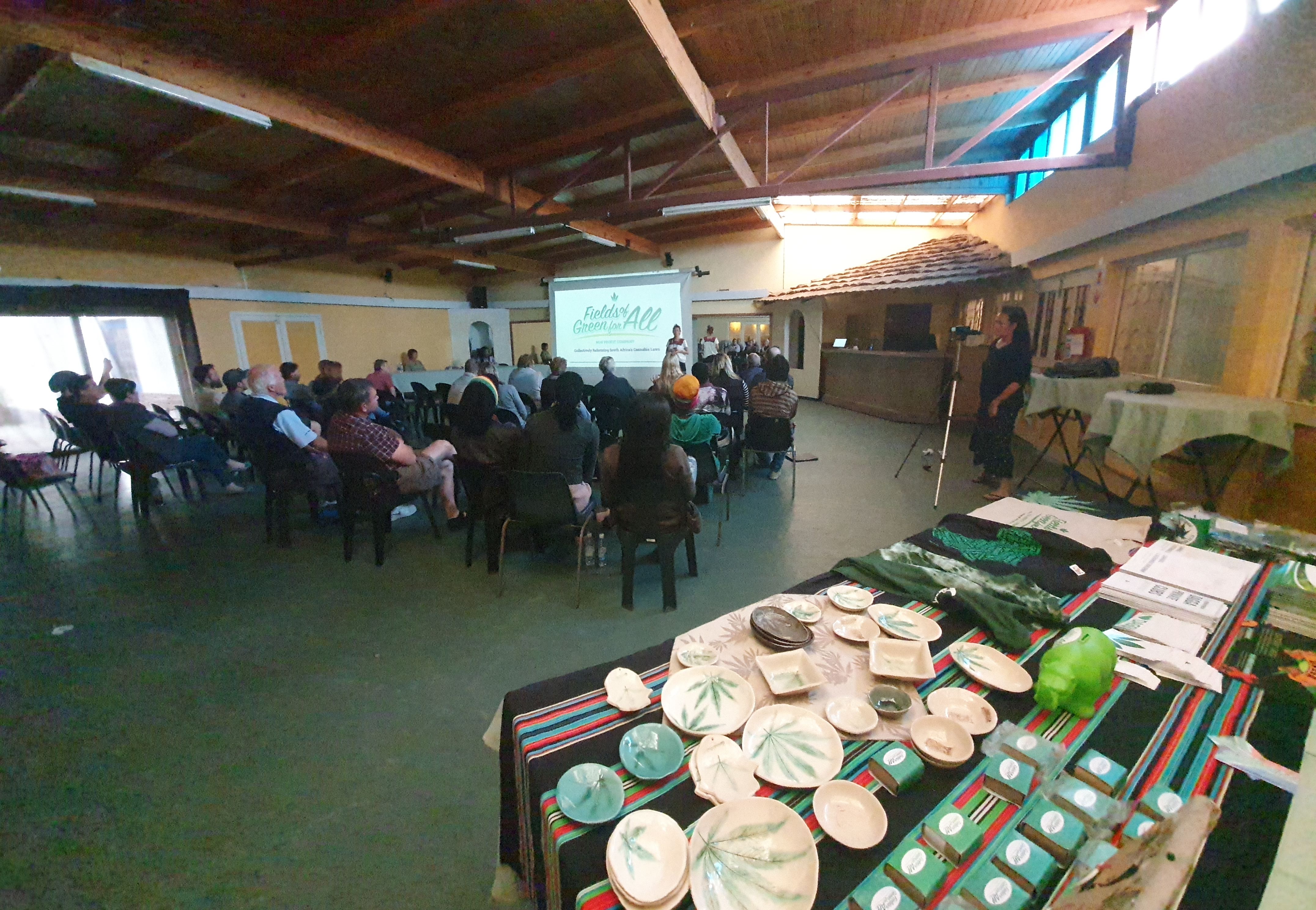 One thing we can tell you is the people are starved of information. It is easy to feel cut off and isolated in Namibia. The Fields Of Green For ALL shop did very well whenever we set up. Publications, T-shirts and ceramics all disappeared out the door to ensure we had a couple of tanks of diesel for the drive home. And so the journey continues. Southern African countries are waking up to the endless possibility of large scale cannabis, but the governments are all still transfixed on skanky joints and super strength frankenweed for bong rips in school yards. The legalisation challenge needs to be in court, as was the case in SA. We hope our information and coaching pays dividends for the plaintiffs in what may well become Namibia’s very own Trial Of The Plant.
The President of Namibia recently addressed cannabis activists with the challenge to prove to him that dagga needs to be legalised. That is in part why we chose to drive nearly 5oook’s round trip to pull out the presentation stops to government, the opposition and the cannabis community alike.
We’ll prove it to you Mr President, and a court of law may well be a good place to start.

Manifesto Update: What is Happening with Cannabis in Africa?