Talking about Cannabis with Farmers

Fields of Green for ALL traveled to the Drakensberg to speak to a group of farmers & community leaders. It is a welcome change to have been invited to share news of the economic opportunities that legal Cannabis can offer. We have always traveled our country far & wide spreading the word of the harms of the prohibition of Cannabis. Now is the time to get the laws and regulations we want! 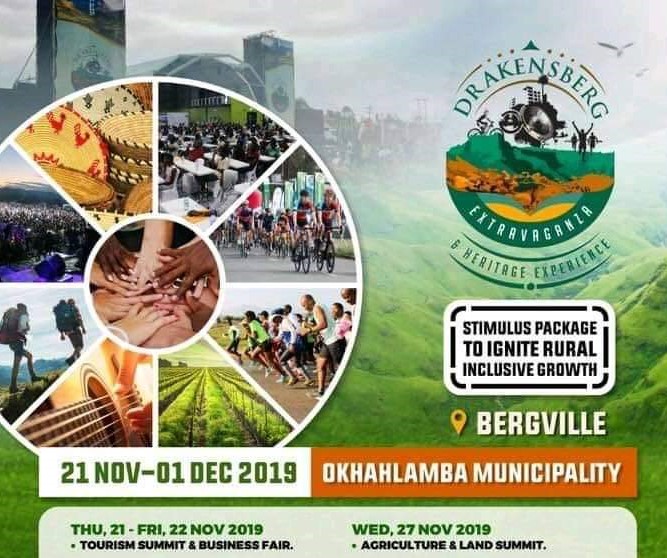 Nestled in the foothills of one of the most majestic mountain ranges in the world are rolling farmlands and villages that make up an area renowned for both its beauty and its agriculture.

And also its Cannabis / Ntsangu / Dagga. 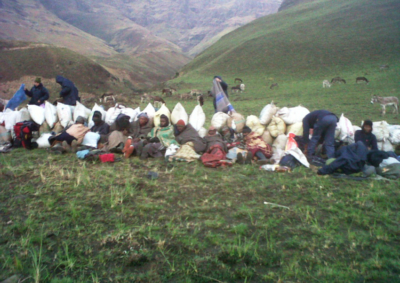 In the 1950’s this area was the site of brutal enforcement of Dagga prohibition with men being “banished” – sent away and never allowed to return home. This was a widespread practice under apartheid and it devastated families and communities. Even worse than the banishment, there are reports of executions and aerial spraying with “Agent Orange” in the area. These are big issues for another day.With its perfect climate and altitude, the Bergville area has many tales to tell. Apart from Cannabis grown in the area, “Dagga Donkeys” transport the good plant over the mountains from Lesotho. There are many tales of Dagga busts involving donkeys but never much reporting around how the police, enforcing “the last apartheid law”, have wrecked so many livelihoods.

Fields of Green for ALL was invited to speak at the Drakensberg Extravaganza – Agriculture & Land Summit. As explained in the invite, “the aim of the summit is to identify key knowledge gaps, as well as to share examples that will contribute to build the local agriculture sector and catalyse and foster an ongoing dialogue amongst relevant stakeholders particularly government, local smallholder & commercial farmers.”

Cannabis, and in particular, industrial hemp, holds great promise for areas like Bergville as there has been a long tradition of successful agricultural production, both large and small scale. There is also an abundance of arable land and water in the foothils of the Drakensberg. Hemp  could offer a much needed antidote to large mono-cultures. The Department of Agriculture is very active in the area and farmers’ unions and collectives are strong.

Our message was one of hope – and another of caution. It will take many years to build a viable Cannabis industry throughout South Africa. The current Cannabis industry, the seat of all the local knowledge, is battling for legitimacy. Given that Canadian Cannabis stocks are plummeting, we cautioned against the hype and big numbers. Conventional farmers know very little about Cannabis so we urged them to get to know the plant, now! Each and every farmer in that room should go out and get some bag seed from local users and plant a few, now!

We explained about the law and how Cannabis “hubs” should be at the centre of all regulations, as set out in our Full Spectrum Manifesto for Policy Reform. Hubs, Stokvels, Co-ops and Collectives are familiar territory for these farmers – that is how they operate with much of their produce already. Cannabis is not the silver bullet but it is a very useful plant, once you know all about it.

We ended our presentation by urging farmers to stay in touch with developments in the Cannabis world by connecting with (mostly) young people who use and grow this plant, as well as those who have suffered under prohibition for so long. Many Ntsangu farmers and are still stuck up in the hills and are still being stigmatised by the very community sitting in front of us. We know that the Department of Agriculture has been working on its Cannabis knowledge base and there are enough experts in South Africa to help communities like this along their way.

Thanks to the organisers for the lovely gifts we received! – Preserves from the local women’s co-operative, Drakensberg wine & Chocolates. We handed out our Cannabis Manifesto books so the seed has been planted in Bergville! We are grateful for this opportunity and left confident that everyone in that room now knows the importance of fighting for laws and regulations for ALL South Africans.

WATCH: More Calls for Prioritisation of Women Producers of Cannabis