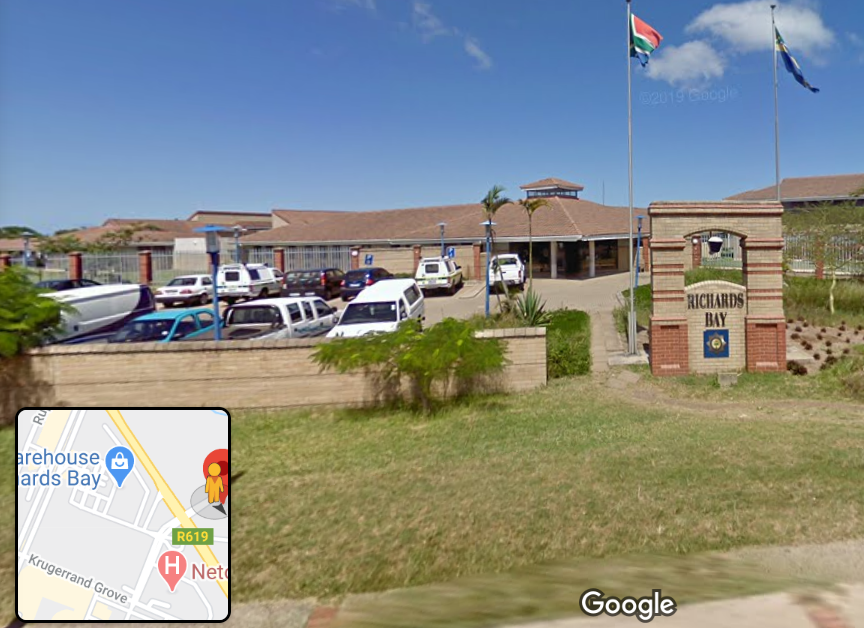 Events as told by the victim:

My name is X, I wrote on your website and you called me. I had promised to write you an email about the police abusing me in my private property.

On the night of October 25, 2019 at around 8 pm, my life got turned upside down by two police officers who forced their way into our home.

It was a quiet Friday evening, I had just knocked off work around 6 pm. I had decided to have pizza for supper so we drove to Debonair’s Pizza to order a pizza on-the-go. By the time we get home it is around 8-ish. It was a very warm night so I take a shower and get into bed half naked. So as my man and I were eating in bed, I light my joint and enjoy. Then we hear light knocks at the door. We were not expecting anyone and it was late. The knocks come again and then we heard the voice of our landlady, she says it is her, please open.

So as my man gets up to open the door, I hear the door pull back and hit the wall hard and that was when I sneak my head to peek at what was happening. That was when i saw blue uniform and a big man barge in the door and push my man aside. I hear man shout,” What’s going on?” A second female cop walks in behind him and that was when I jumped out of bed onto my feet. I see my landlady now standing at the door hugging her arms.

My man is asking what is happening but all I hear is pushing and then the big male cop was above me shouting rudely at me to put on clothes now. The male cop speaks in rough Zulu saying,” Prostitute get dressed now”. I was now scared, bewildered and just confused at the chaos that was unfolding. Never in my life had I seen such an angry police officer. He kept repeating that I must bloody put on clothes and stand outside. I feel like i am dazed, like i am dreaming…This huge police man is swearing me still calling me a Prostitute and my man is there shouting for him to leave me alone, the female cop is shouting at my man to shut up and the landlady is just hugging her arms still hiding at our door. 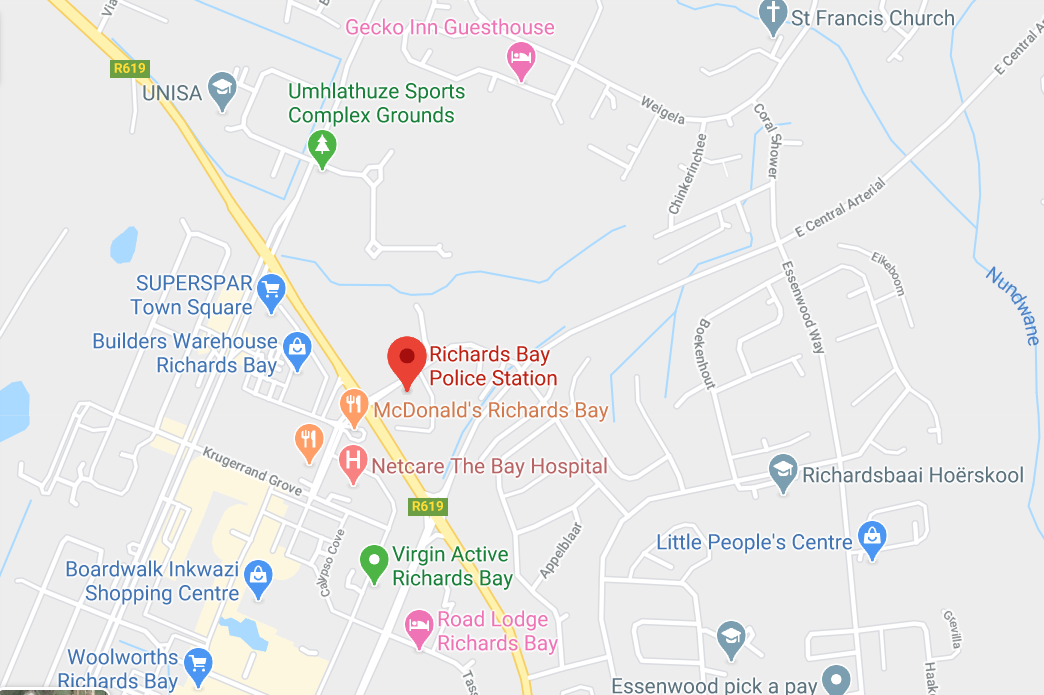 The male cop pushes me and i slowly start to grab something but i see nothing. In my dazed state, which felt like hours to me because I blanked out, the two police officers had started ransacking our home in search of “who knows what”. So as i eventually come back to earth, i turn around to grab clothes but there are no clothes in my bag instead my bag is scattered on the floor and the two police officers are stomping on all of our clothes as i see his bag of clothes also scattered. I grab the only piece of clothing i see which is my man’s t-shirt. I am still bottomless as i was only wearing boxer shorts.

My mind is hazy but now slightly awake. I do work for an attorney so my mind starts to work. I look at the police officers now busy pushing my man and still destroying our belongings and property. Then i notice that the male officer does not have a name tag on his uniform. I go to the female officer and it is the same with her, both these officers cannot be identified as police so i start asking the female officer why they are here? I ask her what they want here? I ask her why did they come here? But all I get is, “shut up”. I start panicking heavily as i hear glass smash in our bedroom where the male cop is with my man. I am now shouting balistically “What do y’all want from us? Why are y’all here? I ran to the bedroom to find glass all over the floor now and our TV upside down.

I scream, “y’all don’t have the right to do this, where is your search warrant?” The male police officer calls me a bitch now and says what do i know about that? I now start shouting asking him why they are here and he just says ,”You will see just now”. I repeat, “Where is your search warrant then?” And that is when the female cop starts saying it seems like i talk too much because i think I know better then them because i am speaking English. I keep at it asking why are y’all here and the male cop says,” we here because y’all selling weed”. And I ask him “So when did you find that out?” I ask him, Who told u that? If it is so, then where is your search or arrest warrant ?”. The male cop gets mad and says i must shut up then he slaps me. My man tried to intervene and he pushes the male cop then that is when the cop says “Oh you assaulting a police official”. And i start to fear the worst as already these cops do not have identification. I get in the middle of the men as they are now getting more aggressive. I beg my man to stop please. I quickly grab my phone and run outside. I find their van packed a house away and i start capturing the van as i do not have a clue if the cops are real cops or what is happening so in my head i just want anything to use to identify these cops. When i go back into the house, i find that the police had found my weed. My man tells them to get out as they have caused enough trouble. Then the male cop pulls my arm and handcuffs my one wrist, he tries to grab my man but he pulls away and then then call back up then two more cops, one male one female arrive.

The first female cop tries to grab my man’s wallet and I quickly snatch it away from her asking her what’s she’s doing. She attempts to slap me, I pull away and tell her I have a witness, so she can do as she pleases if she wants. She then begins to talk in our Zulu native language saying that she will show me in the police station. I demand in English that she say what’s she’s saying in English as my landlady is Indian. She says in isiZulu that she will not speak English but she will slap the life outta me in the police station because I seem to be depending on my Landlady.

A back up van is later called and I was man handled and thrown in the back of the police can by the same make officer that slapped me and handcuffed my one wrist.

At the police station I am further assaulted by the male cop. In full view of everyone on the station including the Colonel who was a woman (I only found out when I was released that the Colonel was there the night of my arrest. She had not done anything to stop the cops or ask what was happening).

The female cop also assaulted me at the police station like she had threatened me she would.

The weekend was worse.
I spent Friday to Monday in a unhygienic all girls’ holding cell. I caught some infection the way in which the place is filthy and not looked after as not one person came to clean the cells. I was denied a doctor , even a clinic or any medical help. The officers ended up not coming to the girls’ cells as I was begging for a doctor every minute a police official came in. I was even told that the Captain shall do his rounds and come to our cell. That never happened. Our cell ended up running out of toilet supplies and no one came when we’d call for assistance. Each time they heard it was our cell they would not come near it. The cops were covering for each other wanting my bruises to heal and the marks to disappear. I had headaches on different times due to the male cop hitting me repeatedly on my head. I even begged the cops for pain killers but I was denied everything. I could not even call my parents or any family as they deprived me of all my rights. I wasn’t even read my rights or given the documentation to say why I was arrested. Or even the documentation detailing all my belongings. My phone was stolen, all the videos and pictures I made of the police officials and their van were wiped off my phone. I was released Monday but only got my belongings on Wednesday with my phone memory wiped clean. I only got my phone because I forced to see the Station Commander who personally went down the holding cells with me after I told her my whole story. She went down to the holding cells with me and made the other police officials telephonically get a hold of my arresting officers as they were off. They never answered so she made them search and I found my shoes thrown up one of the lockers in the holding cells and my phones were later found.

I can go more  into detail. But I guess it would mean me filling up your email inbox because a lot happened. That was the most traumatic weekend of my life. The scariest night was the night if the arrest and the nightmare just went on and on and on. People keep saying I was only assaulted because the police wanted money as my man was there but because I knew all my rights and was very vocal about the, they got frustrated and hit me and wanted to teach me a lesson.

The Monday in Court was the worst for me. I did not appear in front of a Magistrate. The lawyers I work with came to Court Monday to release me. There was not enough evidence for me to stand in front of the Magistrate so I was released without having signed anything or seen any Magistrate.