If you would like us to tell your story (anonymously if you wish) please contact our #JointheQueue Dagga Arrest Helpline.

Victim #1. Good day. I was arrested at Aramex offices at Port Elizabeth Airport by The Ports Authority. I had grown and bought a small amount of bud and packaged it in an Aramex Flyer to be shipped overnight on Friday 19 July 2019 to JHB  This was sent to a friend to help me with an extraction and analysis of the cannabinoid’s.  I needed the oil for my father in law who is on his last legs with cancer and for myself battling with a ruptured Achilles tendon. Shipment was dropped off at a drop box on Friday before 3pm and when i tried to track shipment on Saturday morning it had been received by origin and left origin en-route to JHB. It never arrived at destination and upon enquiry at origin I was told that about 60 shipments had suffered rain damage and that I needed to come in and identify the shipment. I suspected something was at play however went in and identified the parcel.

It was a seasonal grow and I did not have the time to grow and do a new harvest. this would take too long for desperately needed RSO. After identifying the shipment I left Aramex offices and on my way out I a was apprehended and questioned on cannabis possession. It did not take long and I was arrested and taken too Humewood Police Station, processed and received bail at around 9:30 pm Sadly I was not aware of my rights and I had no access to an attorney. Eventually I was allowed to contact my wife who then made contact with an attorney in Port Elizabeth who came in to arrange bail etc etc. 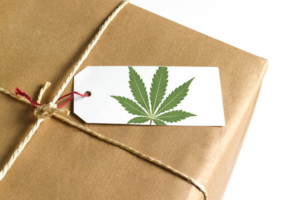 I got bail on R1000 which I signed for. I appeared for my first appearance on Monday morning where my attorney spoke with the prosecutor. He was not allowed access to the docket and the State requested time for further investigation. The amount of dry cannabis was around 310 grams. The State’s affidavit had put a value of R44000.00 and R250000.00 as street value and they wanted time to test and work out a market value. This came a a huge surprise as the 310g of bud was not anywhere near there estimated value.  My attorney had wanted to apply the NICRO ruling however the Prosecutor indicated that the street value was too high and postponed for further investigation.

Victim #2. I was parked close to my friends house we were sitting in my car when the cops pulled up and asked all of us to get out so they could search the car but before searching they asked who’s car it was. They continued go search the car finding less than a gram of weed in the car when they discovered the weed they asked the four of us who’s weed it was and none of us took ownership for it till today I’m not sure who’s weed it is. They arrested the four of us they advise me to drive my car to the police station where a thorough search was done of the vehicle and we were put in the holding cells. They took one of the accused to weight the weed and think they should’ve taken me instead because it was found in my car.

We appeared the next day and we paid R200 each and was released. We were even assured by the prosecutor that it won’t reflect as a criminal record because one of the guys were still at varsity. Tried having my record for possession of dagga in 2012 to be expunged with no luck. Recently tried applying for a pdp to find out the record is showing on my name. Now I have 2 records both for the same offence 2012 and 2018. Is there any way to assist. This is really affecting me from getting a job

Victim #3. The Friday on my way home seeing my son, I popped in to the (shebeen) house where alcohol and drugs are sold in Wynberg to buy 2 beers. I gave the guy money and another guy who knows I smoke weed offered me to try some of his stuff. He gave me less than 0.5g of weed and unaware the police were watching over the wall. They rushed in and found the weed in my hand and grabbed me by my neck. 5 officers were involved and the guy who gave me the weed had been arrested before for dealing and they claimed I was buying weed. We were taken to Wynberg and processed. Stripped naked and having to do squats. I was denied my phone call all weekend and the Monday morning I along with 4 other guys appeared before the magistrate together. I was given a R100 fine or 10 days imp. Because nobody had any idea where I was, my fine wasn’t paid and I was sent to Pollsmoor. I stayed over for 1 night and before I was sent to general population, I was informed my fine was paid. I recently discovered I have an illicit behavior offense which shows up every time I try to get employment.