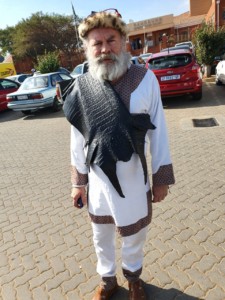 Events as told by the victim, Mark Driver:

Having been through the SA Court system from early April 2018 until a successful 174 application to have the case dismissed before I had to testify on 29/7/2019 and having appeared at least 15 times in the Randburg Magistrates Court.  The events leading to my arrest can be read in the appeal not to prosecute.

Some ideas and observations. Regarding arrest for Dagga possession.

Say as little as possible and never admit to any wrongdoing. Depending on the circumstances with the SAPS ,demand that a search warrant be produced and do not allow them on your property.

If in the unfortunate event that charges are brought against you and you have no money and find yourself in the Randburg court. Pray that you get the Public Defender Jenna Maxwell /  Clark from court 13 to represent you. She is exceptional.

We the people are facing an irrational duplicitous prosecutor’s office who are happy to inflict trails and tribulations upon the innocent and naive . Major criminals and crimes are left unprosecuted.

The innocent and small fry are left to bear the torment of the In-Justice system. Also be aware of the Touts for business that you will find in the passages of the courts.

First court appearance I choose the diversion route. And failed hopelessly as I would not concede to stop smoking my African Medicine.

Other court appearances were waiting for the verdict of the Constitutional Court decision to be reached. After that waiting for various appeals of the senior prosecutor to be granted and then the district prosecutor to cease prosecution . Who claimed after careful consideration to continue with prosecution.

I then moved to court 13 where I met Public Defender Jenna Maxwell who was determined to see Justice done with a not guilty verdict.

I must give my heartfelt love and gratitude to Julian and Myrtle Stubbs for achieving the Constitutional Court judgement to uphold the rights of the citizens of this country to have their God given rights to be free and and medicate with their medicine of choice.

Appeal not to prosecute. 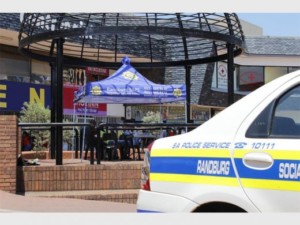 Given the facts of this case.

2:Imminent repeal of the statute.

3:Freedom as enshrined in the the South African Constitution.

I Mark Driver humbly request that the charges brought up against me be dropped in the interest of Justice.

I as an Nduna of Batloakoa ba Molefe,  the Head of African Evolution and God is Black movement do hereby declare.

I am in no way shape or form involved in criminal activities and indeed I am, diligently working on ways to help African people, African Culture and African Principles find and express dignity and validity in their lives in an African way thus helping to create an African Paradise for all to live in.

I have been self medicating for decades,with Cannabis for anxiety and stress, thus allowing myself to remain calm and loving. I also find it very useful to get in touch with my real self and the Ancestors.

While on the the telephone with Bob Jansen the secretary general of the ARU political party. Two Policemen entered my lounge around 22h00 where I was sitting . They claimed to be investigating a complaint. After asking about who was staying on the property the said that they would report back to the civic association. They then turned to leave, one of them Cap Van Heerden sniffed the air and asked what that smell was? In my innocence thinking that smoking at home was allowed I replied zol and when asked gave them all that I had namely 12gr. After being released on Police Bail both Const Phalane and Ser Masemola said that you don’t arrest people for smoking at home.

With this in mind and The High Court judgement, and the inevitability of Cannabis been seen and used as a medical marvel. 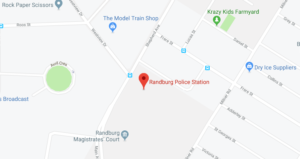 I humbly request in the interest of Justice that you refuse to prosecute this case.

If you would like us to tell your story (anonymously if you wish) please contact our #StopTheCops Dagga Arrest Helpline. Even though every arrest story is unique, it is still very common for the men in uniform to use ‘scare and intimidate’ tactics to perform illegal searches or gain compromising info from you. If they do not have a search warrant, you may refuse them entry to your property.  If they say that they can get that court order easily, then let them do so. We’ve heard of cases where the police’s bluff was called and they chose to leave, rather than face the annoyance that a warrant-less search might bring their way.  Be aware of this and Know your Rights when being searched.

South African Police Service: Stealing the Food off the Table

When the Cops Come Knocking