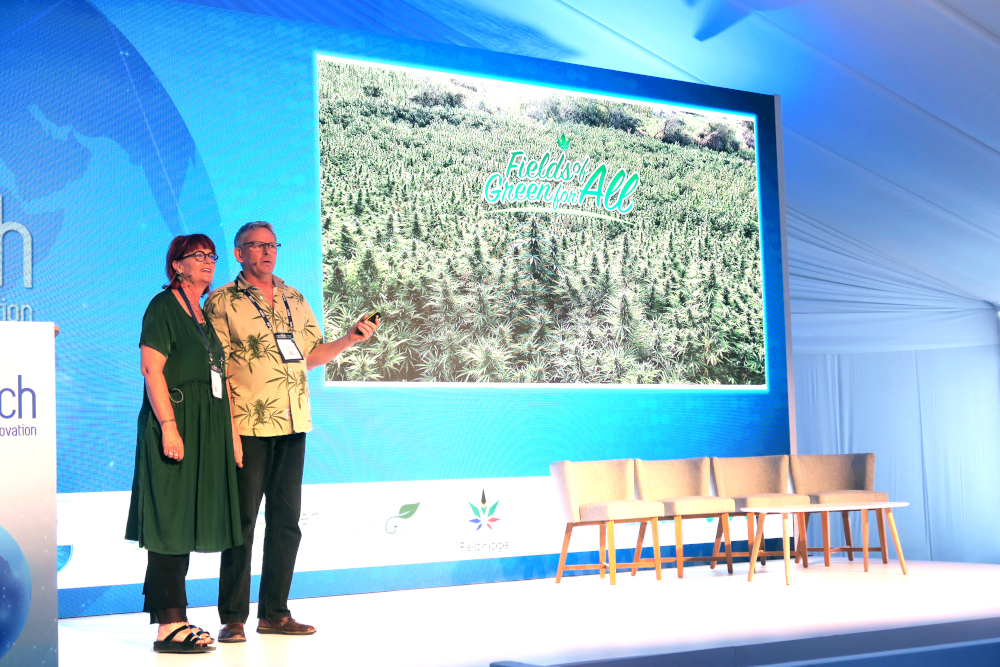 The world’s cannabis industry movers and shakers were in Cape Town in November for the Cannatech Global Cannabis Dealmakers Conference. Investors, entrepreneurs and influencers gathered at the V&A Waterfront for a three day information, exhibition and deal-makers extravaganza. For the first time, the organisers allocated a whole morning to activism and civil society on their main stage. South Africa’s Dagga activists and rural farmers were able to have their say and explain to the cannabis business world how unique the challenges are in Southern Africa. Nowhere in the world has a country contemplated legalising cannabis with an estimated 900,000 dagga farmers and over 300,000 Traditional Healers to accommodate and legitimise.
We were treated like VIP’s. The venue was an absolute delight and it was easy to see why the registration fee was so high in US dollars. Cannatech is another level of comfort, refreshment, hospitality, accommodation and expertise. SA’s activists were really well received and the FGA stand was constantly busy selling our publications and in particular our updated, version three of the FGA Legalisation Manifesto

It was intense. The conversation was cutting edge. The interest in Africa was resounding and we think every Southern African delegate attending got something positive out of the whole experience.

Africa is quickly becoming a powerhouse in cannabis innovation. It’s no wonder so many people came to #CannaTech Cape Town yesterday to connect, and elevate the cannabis conversation. Watch our day 1 wrap up and head on down to the Lookout today.https://t.co/VO4WzgatTh pic.twitter.com/RmAVrB2Qb4

Seconds before we break for lunch, Ras Ramon Benjahman Adams explains more about the different land-race strains for Cannabis and how they can be used in preventative medicine in the 21st century.
Follow for more live insights from #CannaTech Cape Town> https://t.co/qANd4ZGWj4 pic.twitter.com/ZjybTC6BmT