This article was originally published on 9 September 2019 and was edited on 5 June 2020.

The police have always been desperate for easy arrests. The recent state of disaster exposed them once again as lazy and incompetent early into lockdown, as thousands of law-abiding South Africans are arrested for all sorts of bogus charges in the name of “Contravention of the Disaster Management Act”. Unfortunately, Dagga-related arrests are still forming part of daily statistics and stories like the #StopTheCops report of April 2020 bring home the fact that t is business as usual for the thugs in blue and their favourite low hanging fruit.

The time for the police to stop their unlawful arrests is so far overdue, it makes us sick. Our Cannabis Can Help South Africa campaign is our big push to get government to pay attention. By signing the petition, you can add your voice to the masses demanding fair and equal rights and reasonable laws that are based on informed decision-making.

Almost a year after the ConCourt privacy ruling, the below revelation made us realise that we still have a long fight to go: 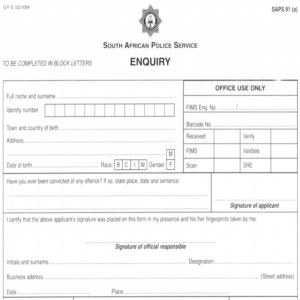 In a question and answer session in the South African Parliament at the beginning of September 2019, our Justice & Correctional Services Minister Ronald Lamola stated there were 1041 prisoners serving time for dagga related crimes.

Yes. One thousand and forty one. That just doesn’t sound right. There are 236 operational prisons in SA. Are we to believe there is on average just over 4 dagga convicts per SA prison? OK. So that’s the convicts, but there’s probably over 30 people in Durban Westville awaiting trial cells right now on petty weed charges who’s only crime is not having any bail money. Are they part of the statistics?

The details are sketchy but coming from the same man who recently announced his inaugural war on drug ‘abusers’, forgive us if we remain skeptical and somewhere between fake news and incredulity. 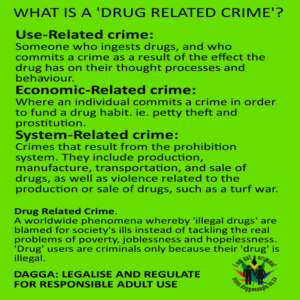 reading about Dagga decriminalisation in their prison blocks. They can consider themselves extremely unlucky, given that the SAPS annual crime stats for 2018 claim over 320,000 ‘drug related arrests’ last year. Not being the shining example of statistical integrity, it is practically impossible to unravel the SAPS’s ‘drug related’ nonsense into meth, tik, heroin, dagga, (add drug), possession, dealing or caught in the crossfire of a gang turf war.
A deeper look into the stats, reveals a more than 63% average as a total of dagga arrests at a provincial level.
That equates to roughly, 200,000 nationally.
It is a telling statistic –  only one in two hundred dagga arrests culminates in incarceration. However, it’s only an incarceration statistic. What about all those South Africans walking around completely unaware they have a conviction for dagga possession?
In all the years we have been activists for legalisation, we’ve only come across one admission of guilt record being rescinded. In 2012 a young man’s argument was the police didn’t tell him of the consequences of signing an AOG. They never, ever, do. He challenged the integrity of the police officer concerned, and won himself a High Court precedent.

Thing is, he did it all within two weeks, while it was fresh in everyone’s minds. The same argument five years into a ten year suspended won’t hold. And anyway, most people five years into a ten year suspended have absolutely no idea they have a criminal record. You’d be forgiven for thinking your hundred buck fine was finished and klaar.
The other thing worth mentioning, if there’s no blanket amnesty and it’s all based on individual cases, the last we heard, it was around R10k to have a record expunged. The legal fraternity will likely coin it, as they are want to do.

Dagga Arrests: Are they necessary AT ALL?