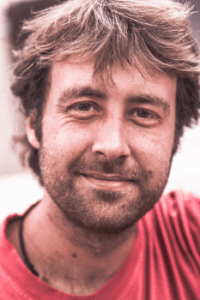 There are some subjects we need to cover in the High Court that are best left to local experts. There isn’t much point looking for an international expert to testify about South African Cannabis history. That’s why we’d like to introduce you to Craig Paterson, our history expert for The Trial of the Plant.

Craig is an historian based at Rhodes University in Grahamstown where he is busy completing his PhD.

Since 2007 he has been researching the history of the Cannabis plant in Southern Africa and used some of that work as a part of his MA thesis called Prohibition and Resistance: A Socio-Political Exploration of the Changing Dynamics of Southern African Cannabis Complex, c.1850 – the present.
From extensive interviews with growers, smugglers and dealers, to digging through old government papers, Craig explains why the cannabis trade has taken the form that it has today, including why it was made illegal.
This thesis formed the backbone of the Dagga Couple’s founding affidavit when they sued the South African government in 2010.

Craig’s main work has been on Cannabis, but he doesn’t just research the plant. He is slightly obsessed with the histories of khat, coffee and Cannabis in Africa, and incidentally, is also fascinated by the banana plant.

He also controversially insists that Durban Poison wasn’t a strain of cannabis until it was developed into a strain in Europe, and has the evidence to back it up.

His research interests have been histories of domestic plants and animals, and histories of things that are illegal or unregulated. He also does consultancy work for various government departments, mainly around polices dealing with cultural and heritage issues.

Craig was our only expert witness that was allowed to complete his evidence before The Trial of the Plant was postponed indefinitely, so the complete evidence for Cannabis has never been heard in a court of law! Should the state issue human rights violating regulations that are not based on evidence, we will set a new date to continue the trial. The South African Cannabis community will keep fighting for scientifically sound, evidence based regulations. Nothing about us without us. Thank you Craig.