How to Open a Cannabis Retail Store in South Africa. 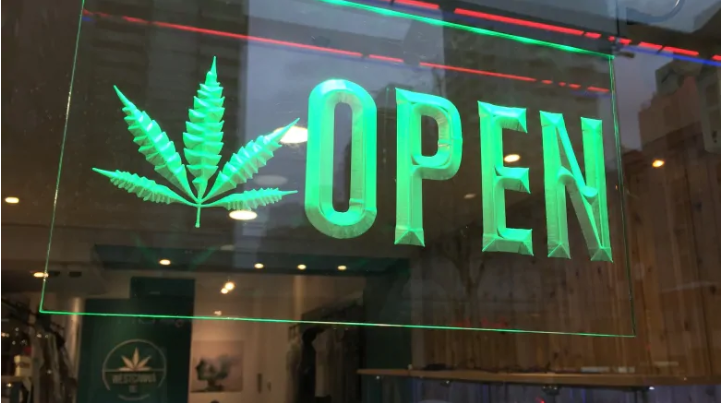 Here at Fields Of Green For All we get phone calls and emails EVERY DAY from folks wanting to obtain permission to trade in Cannabis / open a Dagga Retail Outlet.

We have very clear answers in our FAQ.

By now, most of us in South Africa are aware of the 18 September 2018 Cannabis privacy judgement.

The judgement is not all moonlight and roses. The Constitutional Court is not mandated to deal with the issues that are so close to our hearts as civil society – everything from best practise in drug policy to sustainable development is yet to be dealt with by parliament and the legislature.

It is clear that any trade in Cannabis in South Africa remains prohibited.

It is also important to note that, despite the SAPS operating otherwise, the part of the law that says that more than 115 grams constitutes dealing HAS BEEN DECLARED UNCONSTITUTIONAL. This does NOT mean we can trade, it means that trade (dealing) cannot be assumed because of quantity. We can therefore grow as much as we want, as long as we do not sell it.

The sale of CBD is, however, allowed with certain conditions and this has resulted in several CBD stores opening in South Africa. They cannot sell Cannabis, only CBD and this is like selling grape juice instead of wine. Due to non-existent regulation, the majority of CBD products on sale legally in South Africa may not contain what it says on the label and products are also not allowed to make any medical claims. We have written extensively about the ongoing unscientific, opportunistic guidelines for the trade in CBD issued by SAHPRA.

So how do I sell Cannabis? The short of it is that you cannot open a Cannabis retail store in South Africa. YET.

We need to wrap our minds around this, and think carefully now: Our human right to provide a plant to those that cannot acquire it through growing it has been violated. The reality is that prohibition kills, and the government have blood on their hands. We should be upset by this! What can we do next? We believe that bad laws are broken by good people so civil disobedience comes into play. We prefer to call it PRINCIPLED NON-COMPLIANCE. We can act within the limitations set by the privacy judgement and our best bet right now is to use this constitutional right in the safest possible way. The best form of principled non-compliance is to look at the Dagga Private Club idea. This is MUCH less risky, both financially and in terms of the cops rocking up at your door, than opening a Pick n Blaze next to the nearest Clicks.

Currently we have no legislation or policy in place to allow South Africa to trade in Cannabis. However some beg to differ and they are still doing so even while being submerged in hot water. Look no further than the Canapax franchise scheme that is all over the news. Canapax have sold dozens of “franchises” for something like R25000 a pop and claim that franchisees can trade under a traditional healers licence. However, the Traditional Healers Act of 2007 prohibits dealing in dagga / trade in Cannabis. To say that traditional healers can trade is not a loophole, it’s an outright lie. There are a number of Canapax “franchisees” who have been arrested and are going through the courts at the moment. We know this because our associate attorneys are helping them.

Canapax’s “spin doctor” vibes were a hot topic on The #Hotboxshow recently – Episodes 70 and 71 (click to watch).

Ideally, Cannabis and the police should be kept as far away from each other as possible. This is a vital part of cleansing our society of the dogma, stigma and superstition created by 100 years of Cannabis prohibition. We know that we do not live in an ideal world but Fields of Green for ALL will do all that we can to stop the ongoing arrests.

So why are there Cannabis shops trading in South Africa if there are no official policy to allow it? The only explanations we have to offer are that either the police are confused and believing the shop owners’ spin OR there are (maybe) a few “cooldrinks” involved OR the police in the areas where the shops are operating are actually busy with real police work OR the shop owners are really clever OR the shop owners are really lucky. Take your pick. Is it just a matter of days until the Hawks fly past?

Opening a Cannabis store is VERY risky. Don’t be stupid – there are many, many ways to become involved in the Cannabis business without taking such huge, expensive risks.

Be safe, Know Your Rights.

Join this ongoing conversation at The Green Network (for only R49pm donation!)

Rewritten Original: We Have a Choice To Either Join The Emerging Cannabis Economy Or Stand By And Watch