How Fab is this competition from GT Hydro

Win an exquisitely functional Mothership Fab Egg from GreenThumb Hydro. The competition closes at the end of August so hurry and enter online or at their store. GreenThumb Hydo is a proud and long-standing affiliate of Fields of Green for All.  Please support those who support us.

The name “Faberge Egg” comes from the jewelled and heavily decorated Easter gifts that were sent by artist Peter Carl Faberge to the Russian Tsars Alexander III and Nicholas II and their family. He created an entire line of eggs between 1885 and 1917, making about 50 eggs in total until the Russian Revolution of 1917. The eggs that have been preserved are now kept in museums and archives for safekeeping.

The Fab Egg style of bong takes its name from these Faberge Eggs likely due to its luxurious nature and the time and dedication it took Faberge in creating them for the royal family.

The conception of The Mothership Fab Egg was fuelled by their relentless drive to tear down the barriers between art, design, and function. Its award-winning design is beautifully complex. This painstakingly scientific styled apparatus has quickly become Mothership’s flagship model. Aside from being unique, visually stunning, and often confusing at a glance; The Faberge Egg is very comfortable in your hand and functions like no other piece in the world. 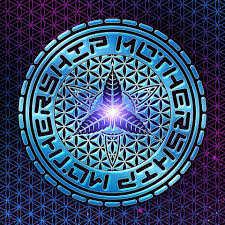 The smoking experience, as described on the Mothership Glass website:

“The vapor path starts with our custom tooled ground joint, beneath it the down stem travels through the outer wall and down into the “egg”. Seemingly defying gravity, the down stem extends down to the inner percolation chamber below the egg. From here it reaches the three, four, or five Seed of Life percs, each containing 18 holes or “petals”. As the sacred geometry positively charges your vapor it travels upward through the hollow walls of the lower “egg” and are disrupted and redirected by the 3 rows of staggered “donut” holes. These “donuts” create many positive effects in the overall performance of the piece. These “donuts” act as an additional percolation chamber and as a splash barrier; the donuts also help in transforming small frothy bubbles into larger, more rolling bubbles virtually eliminating splash back. The water is then pulled up through the four tunnels into the upper egg where the water gracefully rolls over the top inner dome and back down to the percolation chamber below. The base of the Fab Egg is extremely solid and very firm. A foundation that you’d expect such a piece to reside upon. Often reaching 16mm thick, we take pride knowing they will withstand a fair share of abuse, and love.”