On Thursday 10 July 2019 judgment was handed down in the Pretoria High Court in the appeal against our right to live stream The Trial of the Plant. The appeal was brought by the National Director of Public Prosecutions and 8 government departments plus Doctors for Life, against Fields of Green for ALL because we wished to live stream the trial to our website.

For those of you who lived through the harrowing days of the trial with us, you will remember that the first 3 days were a right off. Judge Ranchod granted us the right to live stream the Friday before the trial started, in accordance with court rules. On the first morning the state & DFL promptly appealed and asked for reasons in writing. We all had to go home early. The next morning the honourable judge provided his reasons and reiterated our right to continue live streaming. The to-ing and fro-ing went on but, in the meantime, we managed to organise for the SABC to take the feed. Ironically, the live stream is available for all to see on our Youtube channel, and has been through all of this. It ended up with the case going to the Supreme Court of Appeal in Bloemfontein and The Trial of the Plant started 3 days late.

By this time we had lost one of our key witnesses as Dr Donald Abrams only had limited time in South Africa. This was a huge blow to morale and to our pockets. The trial continued and we had to juggle our witnesses all the time. This was hugely expensive and stressful. This nonsense with the live stream is one of the main reasons we never finished in court.

We then had to enlist the services of correspondent attorneys in Bloemfontein to see the matter through the SCA. The learned judges in the city of roses threw the case straight back to Pretoria! The matter was heard in February 2019.

On Wednesday evening we received a call that the judgment would be handed down the next day. We won, with costs. This paragraph from the judgment sums up the futility of the whole matter:

We are very pleased with the outcome of this debacle because this is not only about Cannabis. This judgment means that anyone who finds themselves in court on whatever matter can approach the court to broadcast / live stream / film the proceedings. This is a breakthrough for the ordinary person and for transparency and it brings our courts in line with 21st century technology. 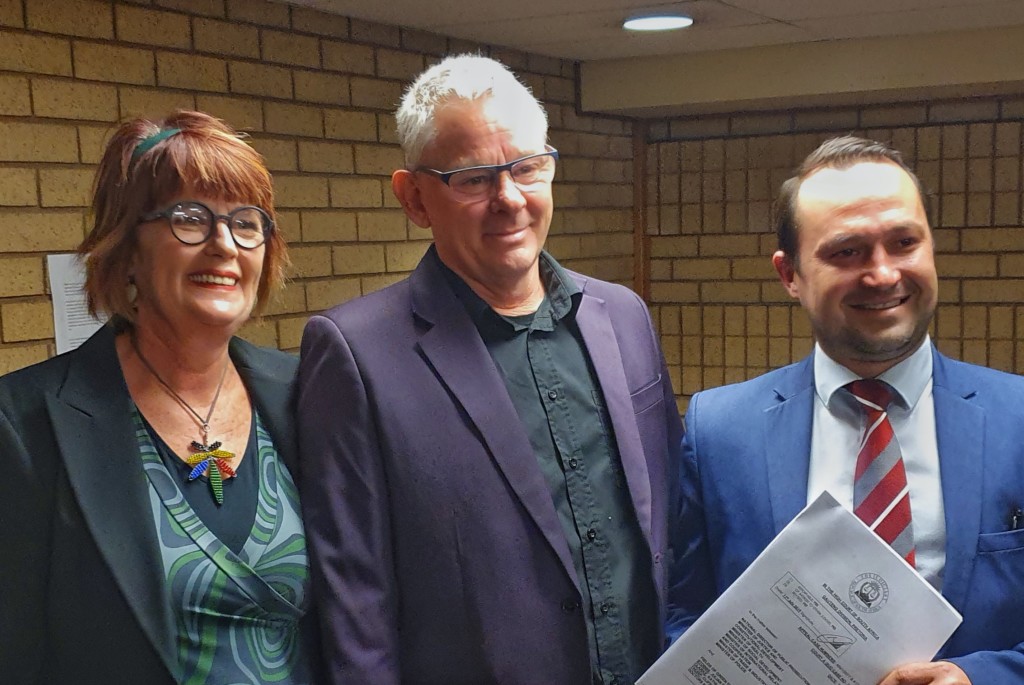 We would like to express our enormous gratitude to Ricky Stone, our attorney in this matter. He took this on in the middle of The Trial of the Plant and drafted brilliant papers, seeing it through, even to flying up from Port Elizabeth at the last minute to be with us at the judgment. Big thanks also go to Advocates Don Mahon and Chris Carelse for being our exceptional counsel once again and to Schindlers Attorneys for being there for us in the background on this one.

Nelio De Freitas, who set up the original live stream, was in court with us, streaming the judgment! You can watch it HERE. Thanks Nelio!

That’s that and it is a big relief to have this matter behind us, particularly that we would have shouldered a huge financial burden should we have lost. The Trial of the Plant remains postponed sine die  as we wait, and prepare for, the government to engage with civil society around the drafting of new laws for Cannabis in South Africa. If the new laws and regulations are not based on concrete evidence or if they are unconstitutional in any way, we will go straight back to court. The Dagga Couple remain out on R1000 bail, our charges still stand so it’s not over until its over.

Dagga in the Mail