A decade. It is quite astonishing. We’ve been on this dagga/cannabis activism path for a decade. We remember leaving the ‘000’s and toasting the start of a brand new decade in 2010 as busy crew in the SA TV and film industry. Little did we know what was to be in stall for us. A matter of months later, the cops would break into our property and confront us with automatic weapons. They would find a bucket of weed after five hours of psychological warfare. We could have paid a bribe. We could have taken a plea deal with it’s incumbent criminal record. We chose to confront the law because being told we couldn’t smoke weed on the couch in our home was simply ludicrous.

The rest, as they say, is history.

This blog post isn’t a look back at the legal milestones, online trolling dramas or the thuggery of prohibition and the South African Police Service. This blog is all about the people we’ve met along this 10 year road and 10’s of thousands of kilometres.

Fighting the law amounted to a complete career change and a brand new group of friends and supporters. Lots of supporters from all walks of life. We still remember the moment the Dagga Couple Facebook page reached 1000 followers, days after its inception. Those were the good ol’ days when a post would reach all 1000 people! Cannabis orientated sites on FB aren’t that fortunate any more.

The activism landscape wasn’t bare. In the early days we joined an online group of pioneering head-shops, blogs and chat groups. Those early days of  weed.co.za, belowthelion.co.za and norml.org.za, forged lasting friendships with the operators, who still influence the cannabis space today as Cannabis Promoter and The High Co and High Alert.

Cape Town online head-shop puff.co.za were the very first company to donate monthly to the Dagga Couple account, something they do to this day. The designers who stepped up to the plate in the early days to voluntarily create a brand for us and market the DC as a social activism platform are still designing for us at Fields Of Green For ALL.
From the day they opened their doors, Greenthumb Hydro have been staunch supporters of everything we do. We’ve watched their business go from strength to strength over the years, despite the staunch competition now in this sector – Grow Guru, another FGA affiliate company is a great example.

The cannabis business landscape has changed dramatically in 10 years. When Hemporium first came on board as supporters, there were few other SA companies in hemp retail. Now there are hemp businesses on every social media feed and in every major city. 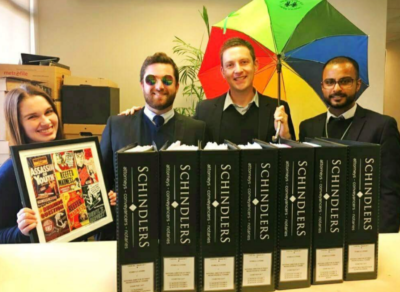 It isn’t only financial support we attracted. The South African Cannabis community has no idea how much gratitude they owe to Schindlers Attorneys in Johannesburg. When we approached them to assist incorporating FGA as a Non Profit Company, we stumbled upon our legal home. After months of cold calling major attorney’s offices to fire up their pro bono departments, it was Schindlers who stepped up to the plate. They ensured we needed to look no further for legal assistance regarding a constitutional challenge. 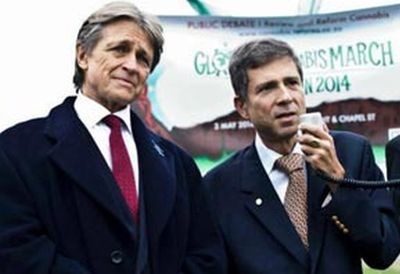 We were are also grateful during this period to have met the Right Honorable Mario Oriani-Ambrosini. As a politician dying of cancer, he brought the legalisation debate to SA’s parliament in earnest, for the first time in history. Together with his long time friend and our Advocate when we met Schindlers, Robin Stransham Ford, these two great men will both be in our hearts forever. Both succumbed to cancer, both were using cannabis to ease their journeys, and both would be heartened by legal developments by the end of the decade.

We’ve seen local brands come and go. We’ve seen young volunteers get married and start their own families, and we’re seeing local companies flourish after years of trying. Cannabiz Art, I420 CPT, The Bobby Greenhash Foundation and Aaptwak Foundation to name but a few…

From the outset, we ensured our cannabis adventures took us far from home. Every year we have travelled to the USA and Europe because we always believed in the global context of dagga prohibition.  Recently, thanks to Bioleaf Technologies and Knuckle Genetics, we travelled to the west coast of the USA and cemented many cannabis culture friendships in the mother-load of weed!
We’ve been incredibly fortunate to have met activists and avid connoisseurs from dozens of countries and learned a great deal along the way in both Europe, North America and Canada.

Our list of international affiliate companies, NGOs and organisations is growing all the time.

The most important part of this huge learning curve from movie work to taking on the government, has been understanding more and more about the intricacies of drug policy.

The academic stuff, the mechanics of international prohibition and the way in which many diverse factors have to be considered along the way, is something which we have found particularly interesting. For example, at home, there are 22 SA government departments that are directly affected by cannabis legalisation. Many very experienced international activists have held our Southern African hands. As a result, Fields of Green for ALL’s membership of the Vienna & New York NGO Committees has been invaluable.

The Civil Society Task Force, ENCOD, VOC Nederland and FAAAT.net are international allies we have learned so much about the big picture from. The take away being, we’re all fighting the same unjust system within our own societal constraints. There’s no way a citizen of the USA can ‘sue’ their government, which is what our court action amounted to.

The apex of our decade of fundraising were the dollars we raised in 2016 to pay for our ‘Trial Of The Plant’ expert witnesses. Over 400 of you raised nearly US$30,000 in 42 days to ensure we had a formidable armoury in the Pretoria High Court. We will always be indebted to Dr. Donald Abrams, Prof David Nutt and all our local experts in giving up their valuable time to appear in court. 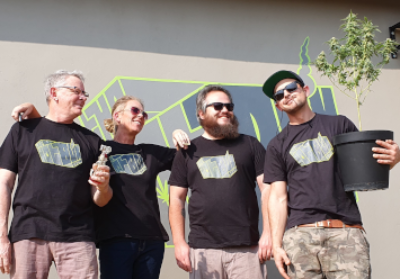 With all this being said and done reminiscing about the last 10 years, we really hope we don’t have to be doing this for another decade!  The Dagga Couple have already started fading away. We closed the website this year and consolidated it into FGA’s shiny flagship site to streamline the operation. On that note, we really need to thank our current FGA crew for all their dedication in keeping the show on the road. In particular, for the last 115 weeks, the HotboxShow crew has gathered every Thursday at 7pm to bring you the best in SA Cannabis culture live on YouTube. Without Jo, Dan, Buzz, Nelio & Herb, the show wouldn’t exist. Every Thursday. Quite a record for a 90 minute weekly live show.

This year will be another roller coaster ride of making ends meet, putting on some parties, travelling to other continents and meeting another plethora of  enthusiasts and activists.

2020 is also the year the SA government has to do something about the ConCourt judgement of September 2018. Don’t expect a green light and full legalisation straight out of the gate. FGA and other civil society organisations are liaising with government at every level to ensure an equitable and inclusive future cannabis industry in South Africa.

There is no perfect piece of legislation and it’ll be impossible to please all the people, all of the time. We feel positive SA can lead the way in cannabis policy, learning from the mistakes of other countries that have been grappling with the same paradigm shift the last couple of years.

If you’re still up for it, join us for the ride. Re-follow us on social media, subscribe to our newsletter, sign the petition, donate your next gram in cash. Thanks for the support, all of it, for so many years.

2020 – The year SA’s Cannabis culture shows the world how to do it.

Drug Decriminalisation Around the World